Limitations of the Labyrinth 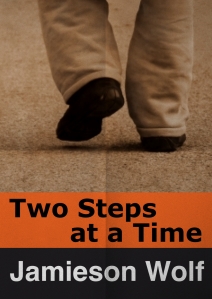 They used to call me the Wolf that never sleeps.

In 2012, I had the great fortune to have twenty three books published in the year. In 2011, I had fifteen books released, in 2010 there were thirteen. I worked full time and came home to write. I would be working on a novella and novel at the same time, as well as editing one or two other books.

I wrote book reviews, taught workshops online, wrote columns, created book videos for authors. I wrote scores of poems and created abstract pieces with oil paint, cante and mixed media, I designed a cologne. I never stopped and there was always another story to tell in one way or another.

Friends and readers called me that, accusing me of going without sleep.

Then, with the arrival of January 2013, I was silenced. I couldn’t write for a few months. As I got better, when I need to find my voice again, so I started to write. I had to teach myself to type all over again, but I was lucky to finish one novel this year and then lucky enough to finish another. I’ve started on a third, but haven’t had anything published this year except for what was in the pipeline. That doesn’t matter though.  I just focused on writing those two novels. They helped me to get better.

I keep trying to convince myself that I’m just as I was. This leads me to push beyond what I know that I’m currently capable of. I always try to do too much, it’s always been a bad habit of mine. Limits are a hard thing for me. I’ve always been stubborn. I guess there’s a reason I am a Horse under the Chinese Zodiac. I’m also a Leo, so that doesn’t help; and I’m pretty sure that I was under a Taurus moon sign (but I’m not entirely sure).

I have my moments, where I don’t really need to rely on my cane, where the disability and disease are behaving themselves and Cybil and Max are quiet. Moments where I’m almost as I used to be. It is only as I try to do everything that I used to do that they step up and make themselves heard.

Sometimes, there are a few hours where I’m able to walk without needing my cane, my third leg, when I’m out and about. I’ve often thought of naming it. Does anyone know if Mary Poppins’ umbrella had a name?

The other day, I had a full day of work, went shopping did groceries and came home and started to clean house. I wanted to do what I used to do on Thursday nights and that also included a list of chores: wash the floors,  the bathroom, vacuum the apartment, dust, toss out the trash, do the cat litter.

Then I had plans to write some more of my current work in progress while eating dinner and perhaps watch a bit of TV or enjoy some time with a good book.

I used to be able to do all of that in one evening. Now, I find that I don’t have enough time. Everything takes up so much time and energy. I knew I was over doing it the other night, that I was pushing myself beyond my limitations. I like to think that I have none.

I was able wash the bathroom, and tidy up a bit. However, by the time I was finished washing the bath tub, I was off balance and over heated. I had to use the wall to hold myself up. I pressed on with washing the floors and the toilet and that was all I could do. I had to nix writing, vacuuming, dusting. cat litter, garbage, kitchen floors.

My body wasn’t my own after that. I was wobbly and all over the place. I was the weeble wobble and my body wasn’t completely mine. I don’t know if it was Cyble or Max driving, but somebody was and it wasn’t me.

I relaxed and watched a movie, but if I got up, I was unsteady and unbalanced. I was able to sleep it off and have a day where I was good again for most of the day, but I was still off balance a little. I went to meet a friend at Starbucks and had difficulty getting out of the booth at one point. It can come up when I try to do the simplest of things.

It’s almost like I’m looking at a Labyrinth or a reflection of one. I can see the way into it and the way out, but get confused once I’m in the maze. If that makes any sense.

Then I had a good day and a decent Saturday. When it came time to go home after class, I went to the bus stop to find that the bus would be another 38 minutes. Despite the episode I had while cleaning the other day, I decided to walk home.

The walk started out all right, but by the end of it, I was shuffling along and ten steps seemed like twenty. My body was pushing me backwards. I got home and I just rested. Thankfully, today has been a good day.

Perhaps the way to think of it is not knowing my limits, but respecting them. I have to recognize when I’ve tried to do too much and learn to relax; for a Wolf that never sleeps, this is the hardest. Knowing what I was able to do then versus what I can do.

That’s the thing, isn’t it? I can do anything I put my mind to. It might take longer, be more difficult to do, take a lot of my energy levels in the process, but I can do them, and the possibilities of what I can are limitless.

Jamieson an award winning, number-one bestselling author. He writes in many different genres. Learn more at www.jamiesonwolf.com
View all posts by Jamieson Wolf →
This entry was posted in Muscles, Spasms, Walking, Words. Bookmark the permalink.

1 Response to Limitations of the Labyrinth